Last night, as the ball was making its way to the bottom in Times Square, I threw out a photo challenge to a photography group I belong to on Facebook – Share the very first photo you capture in 2013. This meant sharing the very first photo, (i.e., you have to get all your settings right the first time).

I settled on using my Canon 100mm f/2.8 macro lens so I could hone in on one small part of the globe and get good depth of field to highlight the curvature of the earth. I was surprised at the amount of time I actually spent adjusting all the settings on my Canon 60D to capture a photo of our new National Geographic globe. I tried shooting it in Program mode, but decided I would feel more confident shooting in Manual mode (weird, I know).

I initially tried to capture it hand-held, but the shutter speed was too slow and I didn’t want my first capture to be blurry. I whipped out my new Manfrotto tripod (which I am totally loving) and positioned the camera to capture western Europe. I wanted to assure the lighting was good, so I turned off all the tungsten lights and attached my LED Flashmate to “light the world.”

I double-checked every setting and the on-camera light meter before releasing the shutter. Oh wait! I didn’t want to bump the tripod, so I attached my shutter release cable, too. Probably a lot more time spent on this photo than needed, but I only have one first photo of 2013. 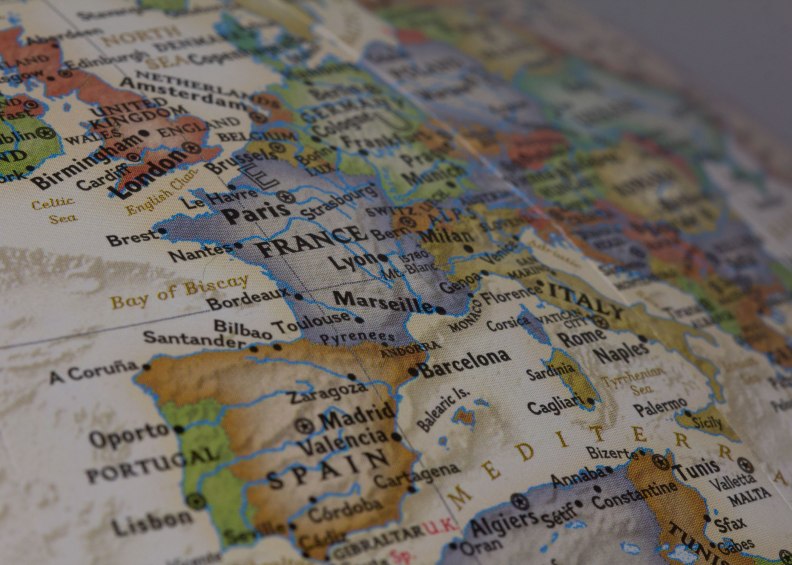 Here’s to a happy and healthy new year to all my readers. I’m looking forward to sharing more of my photos, trying new things with my camera and seeing the amazing captures of everyone else in the blogosphere.

Oh, and in case you’re wondering why Europe: I loved the nearly two years I spent living in southern France; I love studying the history of my grandpa Carlton and his time spent in Europe during WWII as a pilot and later prisoner of war; I am fascinated with European history, specifically WWII.