Making the best of an unexpected situation can sometimes be the only way to go. While camping at Jordanelle State Park on Friday night, I was expecting to capture some star trail photos. But knowing that it was a full moon, I had to lower some of my expectation. But when the super moon made its way above the mountain range to the east, I had to turn my camera on it and see what I could capture.

Rather than grabbing just another show of the moon, I was trying to get the silhouette of something else into the photo. Since there were a lot of trees in the distance, I decided to make that my additional subject in the photo and ended up with this capture. 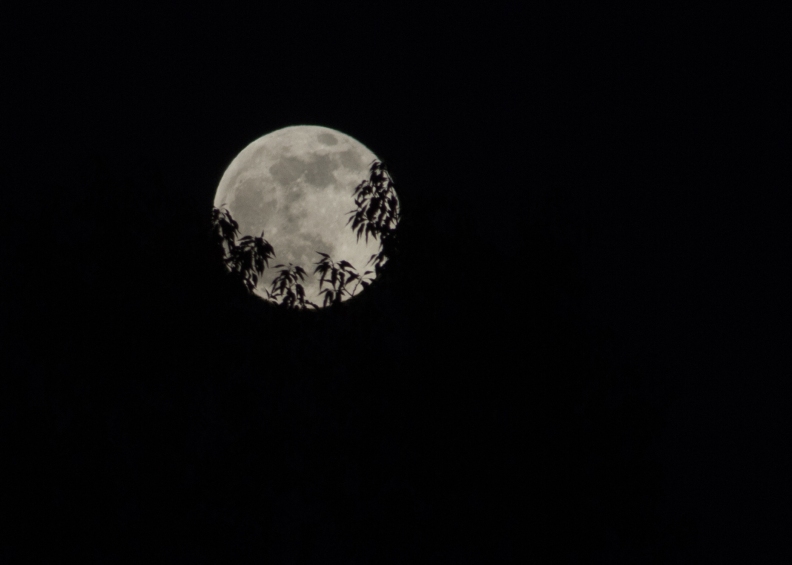 While this isn’t the shot of the moon that I have in mind as my dream shot, it’s a move in the right direction. The challenge is finding the right setting, and then playing with how I get the ground as well as the moon to show up in the photo. Maybe some HDR action, or some other capture and editing techniques. So for the time being, hope you enjoy this shot and I’ll hope to capture and share my dream photo.

3 Replies to “Capturing the super moon with leaves in silhouette”