While driving back home from a trip up to Ogden, Utah, for a family party, I got to thinking about the time the moon would rise from behind the mountains and how that correlated with the sunset. Weird to think about, I know! But when we got home just before 9 am, I set up the camera in a field near my house and waiting for the moon to make it’s appearance. It took longer than I thought (roughly 20 minutes), but the timing was perfect. The sun had set, but there was still enough ambient light to illuminate the other aspects in the scene. The moon was bright enough to not get lost in the sky as it peaked up from behind the mountains.

I also decided to add some additional elements to the photo by shooting through some trees in the distance. I set my aperture to f/22 so I had a larger depth of field, which allowed the trees to be in focus without moving further back from the trees. I liked the silhouette the branches of the tree added to the moon. 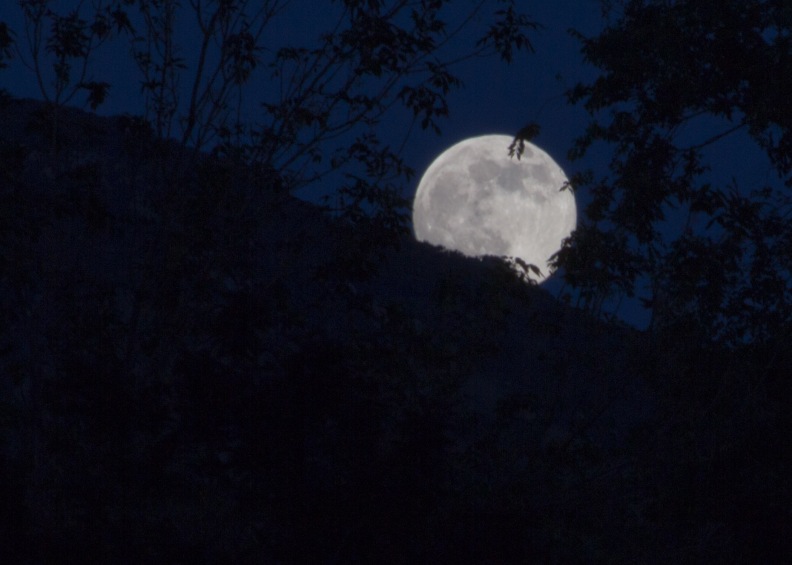 I wish I had a 300mm lens (or greater) because that would allow me to get in a lot closer. With only a 200mm capability, I have to crop the photo closer, which reduces the quality of the image. But it’s the best I’ve got for the time being.

Hope you enjoy, and I hope others will get out there and shoot some photos of the super moon this weekend, or the moon in general.