After a quick search on Dictionary.com, I stumbled upon the definition of The Daily Post at WordPress.com’s Weekly Photo Challenge Theme: Nostalgic.

nos•tal•gic [no-stal-jik] Adjective Experiencing or exhibiting nostalgia, a sentimentral or wistful yearning for the happiness felt in a former place, time or situation.
My thoughts for this photo challenge center around the board games I played as a child. I remember the days I played a game of Monopoly against my brother, and it seemed to take days. I even remember eating a grilled jelly sandwich while playing the game and ended up getting a glop of jelly on a stack of $50 bills. But while Monopoly would have offered a lot of different choices for a nostalgic photo, we don’t own that game – mainly because my wife despises that game. So I pulled out the other old-time board game: Battleship. 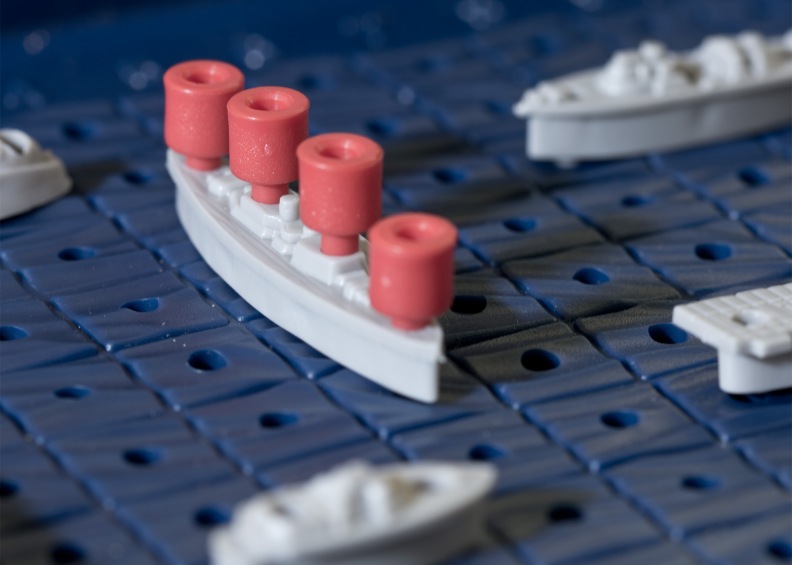 Canon 60D | 100mm macro lens | 15″ | f/5.6 | ISO 160 | RAW
In an effort to make the setup look as real as possible, I challenged my little girl to a game of Battleship. We set up our ships and the game began. She did pretty well, and it was a very close game. I won by one hit. But once the game was over, we left the ships in place and I adjusted some of the pegs before whipping out my macro lens and going to town.
I used the natural light in the house, which is what allowed for the single shadow from a window and the long exposure. In Photoshop, I adjusted saturation, exposure, temperature, blacks and a few other elements to give me a slightly different look.
When all is said and done, the words that probably come to mind with this photo is “Battleship sunk.”
~signed, Carltonaut