Last month, my late night photo session with the Milky Way while camping didn’t quite meet my desire for capturing the Milky Way. So I figured I would get a group of photographers together at the Bonneville Salt Flats, two-hours west of the lights of Salt Lake City, and make another late-night attempt to photograph the Milky Way. So last Friday night, I zoomed west and arrived near the Salt Flats in time to capture the sunset (which I will share in a subsequent post), the moon setting over Wendover, Nevada, (again, I’ll share shortly), and the Milky Way. 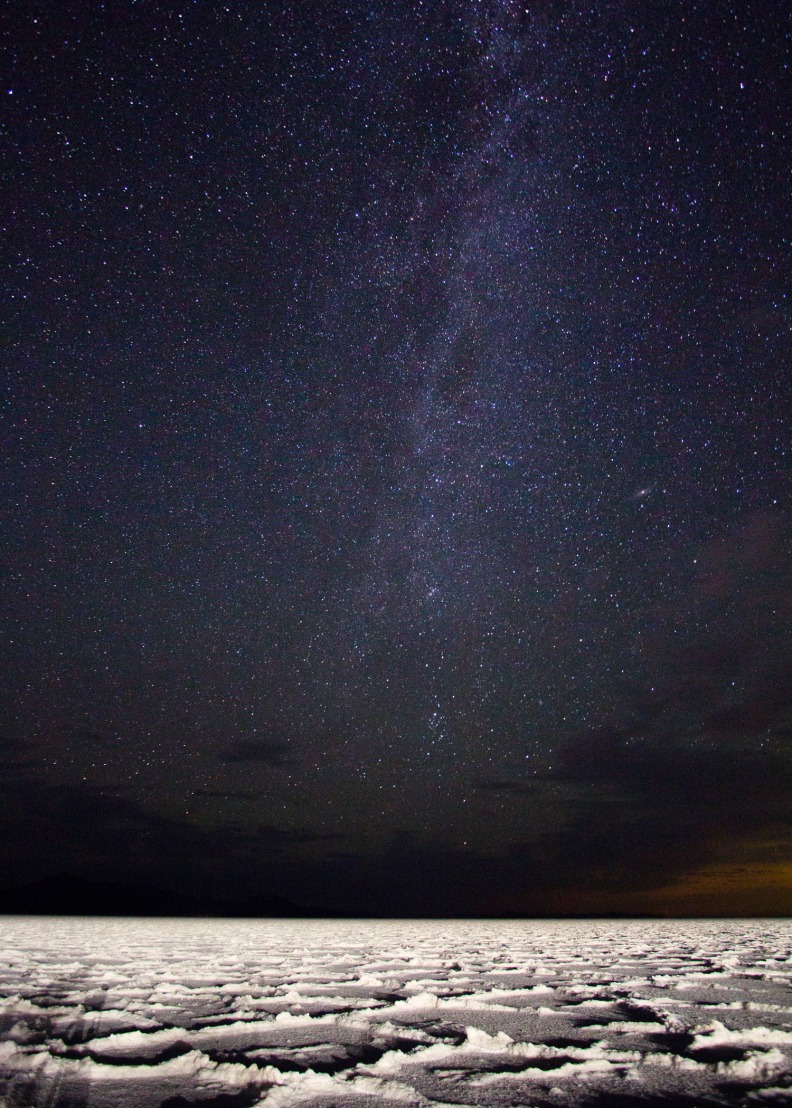 Rather than heading out to the Bonneville Speedway, which is even further from the lights of the highway and the city lights of Wendover, we walked about 200 yards north of a rest stop along I-80. The salt flats looked really cool, with ridges of salt running every which way. But this venue had something that was a blessing, and a curse – car headlights. Whenever a new car would pull into a parking stall at the rest stop, their headlights would illuminate the white reflective salt surface. Sometimes this would work out to our advantage – as seen in the photo above. Other times it was annoying because it would also light me up when I was trying some light painting (again, something that I will share in a subsequent blog post).

While I am pleased with the way this photo turned out, it also increased my desire to obtain a full-frame camera so I can capture the details in low-light situations like this, without capturing so much noise. But until then, I will keep doing the best I can with my Canon 60D. And hopefully I can start to sell enough photos to feed my photography addiction! 🙂

Check out other photos I captured of the Milky Way.