Even though temples for The Church of Jesus Christ of Latter-day Saints dot the globe, it’s a rare sight when two can be captured in the same photo. When I first discovered this was possible with the Jordan River Utah Temple and the Oquirrh Mountain Temple, both in South Jordan, I began thinking this was one of the only sites in the world where this was possible. 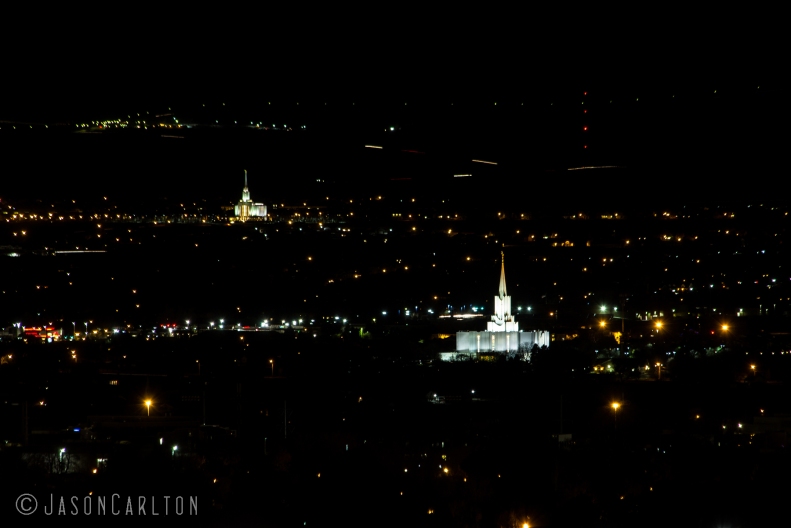 Maybe once the second Provo Temple is completed, the two can be seen in the same view (since they will both be in the same city), but it depends on the landscapes and line of sight.

In the meantime, I am excited to know that this is a rare sight, and I consider myself lucky to be so close to so many Houses of the Lord.