I took this photo by accident. I was intending to take a a photo of the hourglass lit up, but when I accidentally had the light out of position and I ended up with a silhouette photo, I was more hooked on this look than what I was initially going for. 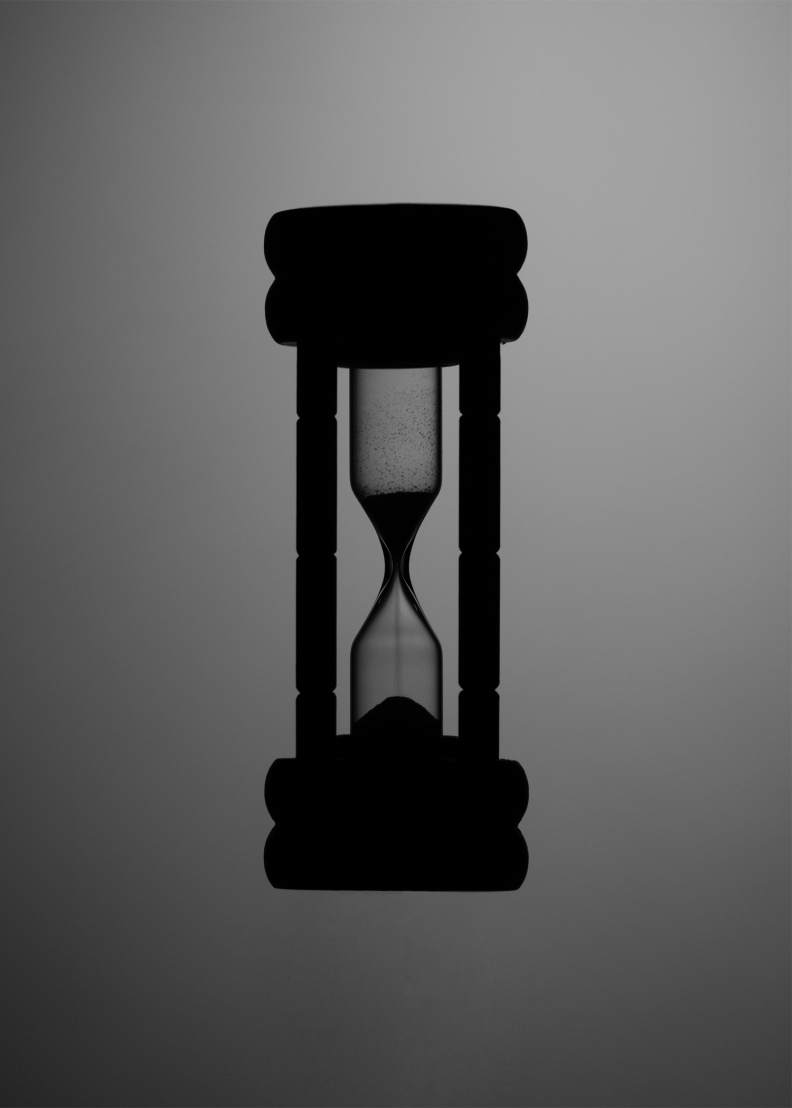 When I changed my idea to the silhouette, it took some work to make it happen. If you’ve seen an hourglass, there are usually three poles between the two end bases, thus encasing the glass and sand. But I found that having that third post was getting in the way, so I pulled out my Dremmel and cut it off. In turn, that made it a little lopsided. But that didn’t come into play until I tried suspending the hourglass in mid-air using sewing thread so I could minimize any erasing I would need to do in Photoshop. While suspended, the hourglass wouldn’t remain still enough for the shutter speed I was using. I added a second string to help stabilize it, but that placed the hourglass at an angle for my photos. Plus, the sand kept moving from one end to the other, so I had to be quick to turn it over, stabilize it, and snap some photos – before the sand ran out. If not, I had to do it again.

After struggling to get a clear and crisp shot with it suspended, I cut the lines (literally) and took a different approach. I balanced the hourglass on a pen light (mainly because it was small and round, and could be easily edited out) and framed the photo in my viewfinder. I placed the shutter on a two-second delay so that once I triggered it, I could place my LED Flashmate light behind the hourglass, illuminating the black posterboard background.

I snapped a few photos with the light in different positions, and I found myself waiting for the right amount of sand to fall through the center, then I had to flip it and wait yet again. So this photo setup had a lot of wait…wait…wait…snap…wait…wait…wait…snap. But in the end, I took a handful of the photos into Lightroom, made them Black & White, adjusted a few settings before bringing the photo into Photoshop to rubber stamp out the support structure.

I think this photo would make a great print for someone’s home or kitchen – check out the photo on my SmugMug account if anyone is interested in that (shameless plug, I know).