When I learned that I would be visiting the Upper and Lower Antelope Canyons near Lake Powell during the Utah Photo Workshop with Drake Busath and Randy Collier earlier this month, I was excited for the opportunity to capture my own photos of Lower Antelope Canyon. The day before heading to the narrow and windy canyon, Drake and Randy went over some basic principles for Tack Sharp photos. I’m thinking those simple tips came in handy for the two-hour excursion through the canyon. 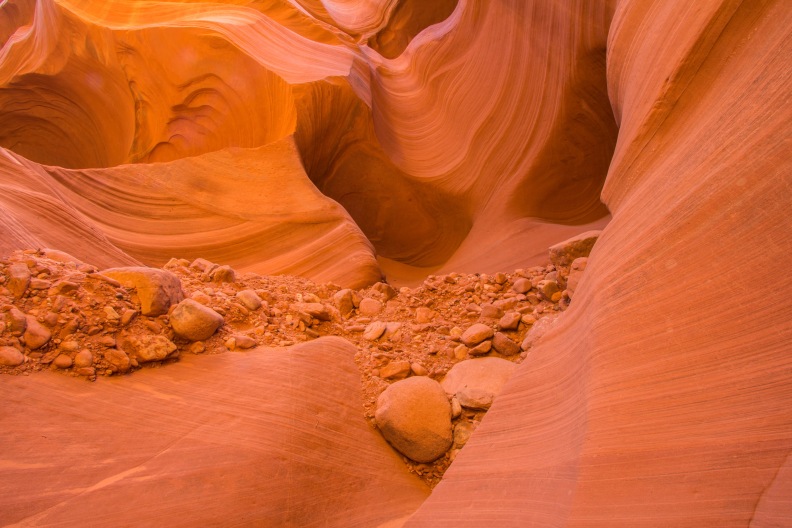 When I first started checking out the scene in the LCD screen on my camera, I wasn’t really liking what I was seeing. It wasn’t the usual capture that I had seen in numerous photos prior to the long drive to northern Arizona. It wasn’t until I got back and saw this photo on the larger screen that I really began to appreciate it. I’m not sure if it’s the lines that seem to lead the viewer through the photo to the rock piles, or the 50 shades of orange, but it ranked in the top five photos of my Lower Antelope Canyon excursion.

Check out the other photos from Lower Antelope Canyon.